How we got started…

What started as an idea, has now transformed into a community coming together to help someone that is battling a terrible disease we call Cancer. Rockin’ Out Cancer is a 501(c)(3) Non-Profit Organization with a goal to bring people together for annual celebrations to celebrate those we have lost, those who have won, and those who are fighting to beat cancer! We want people to know this is not just a “party,” this is a community celebration open to all ages. We enjoy bringing everyone together for a common cause while also having fun. Let your hair down and enjoy the ride we call Rockin’ Out Cancer and together, lets raise as much as we can to help someone in need as well as contribute to the fight against cancer!

Most holidays shared with families are happy memories. But, Easter 2010, certainly, is one my family will never forget. My step-father had passed away just a couple of months earlier. So, my brother and I were helping to move my mother into a new apartment.

As the two of us were riding along in the U-HAUL, my brother proceeded to tell me he had Gingivitis, and “it was just kicking his butt.” He said the doctor said it was from stress. Of course, just doing what brothers do, I said, “What are you stressed out about; you can’t find your tooth brush?” We laughed. We spent the day together moving my mom, working hard, and enjoying each others company as we truthfully didn’t do often. We both had busy personal lives, work, obligations—all the excuses, you know? The Saturday before Easter my brother got very ill. He was taken to the hospital on Easter Sunday, and my brother died on Monday night, April 5th! Although we weren’t aware, at the young age of 41, my brother was full of Leukemia.

Because cancer has affected my life so deeply, I wanted to give back and do my part to make a difference. In the late 1990s into early 2000, I used to throw a party each year called “Pasco Fiasco.” It was just for fun and any monies earned went to cover the cost of the party. I have so many great memories from those parties. After my brother died, my employer became involved in several fundraisers for different charities, and I decided to get involved. My wheels went into motion, and I thought: Why don’t I do something I know how to do, enjoy doing, and make it count?

I reached back to my roots and out came Rockin’ Out Cancer! Rockin’Out Cancer is an opportunity to bring people together to celebrate the lives of those who have lived and those who have died from cancer. I truly enjoy seeing people getting together and having a good time, but now we are making a difference. Just about everyone has been touched by cancer in some way—a friend, relative, spouse. So, all of us need to do our part in the fight to win the battle of cancer.

Another reason to keep fighting

My father, Jerry Lee Pasco Sr., age 75, of Alliance passed on March 30, 2022 ending a courageous year-long battle with cancer. He lived in Alliance all his life graduating from Alliance High School. He then went on to honorably serve as a Marine in Vietnam. He married the love of his life, Shelly Jo Shively, on August 2, 1980. Through the years, he enjoyed boating and fishing; he loved his dogs; and could make a whole day out of mowing the grass. After more than 25 years, he retired from American Steel and then went on to retire again from West Branch Local Schools, where he loved his job as a custodian. After retirement, he enjoyed years of camping, and being with friends and family. He loved his time with all his grandchildren. He was a member of Mount Pleasant Baptist Church where he was lovingly encouraged throughout this last year from his church family. He was a member of American Legion Post 0166. Though he is no longer with us, we will forever honor him, along with countless others we all have loss to cancer and keep fighting the fight! 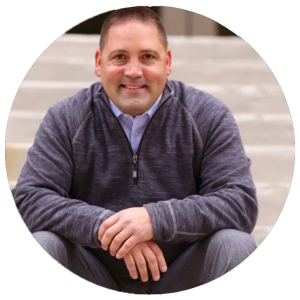 Make a donation online today. Safe, easy and secure donations are made through PayPal.